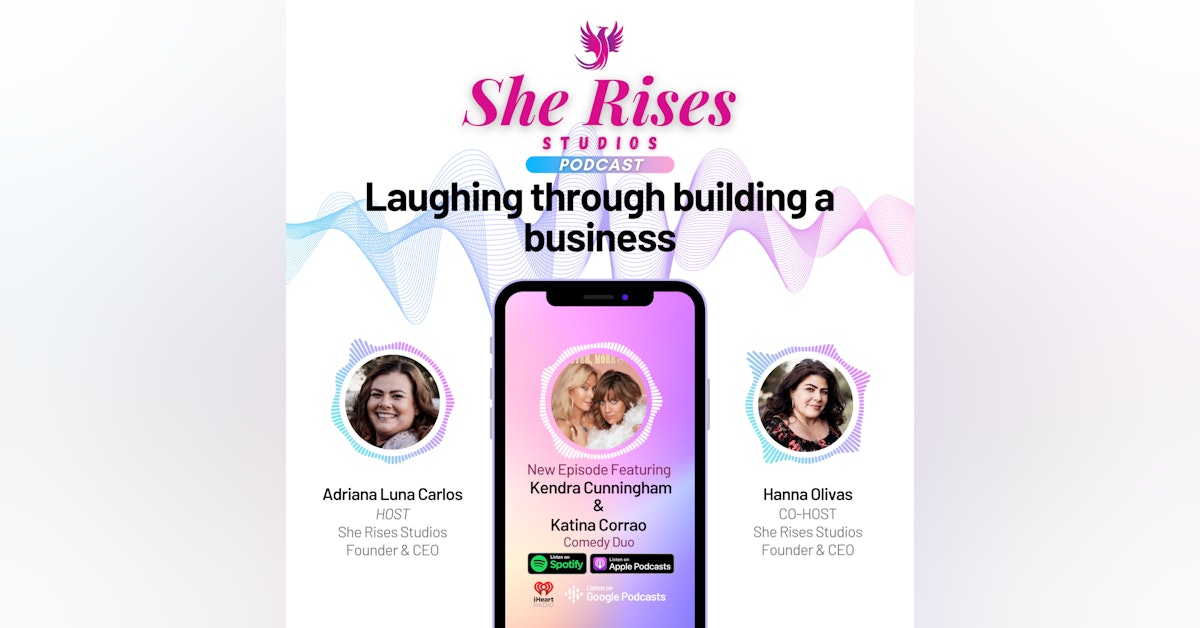 Boston-bred and Brooklyn-based, Kendra Cunningham has been named as a comic to watch by Time Out New York and has been compared to Groucho Marx and Mae West by the UK's Chortle. A regular on the New York and Boston comedy scene, she has previously been in the Montreal Just for Laughs Festival, The Glasgow Comedy Festival, and was a finalist in the Boston Comedy Festival for two years in a row. She has twice appeared on NBC's Last Comic Standing gaining two spots in the top 100 jokes of the season. Watch for her new special coming in October "Meatball Therapy".

Katina Corrao is an actress, comedian, and writer. The New York Times calls Katina a “staple in the New York comedy scene.” She’s been seen on The Daily Show, Broad City, Deadbeat, Big Morning Buzz Live, and heard on the animated series, Pinkalicious & Peterrific. Katina also makes the rounds as an enthusiastic warm-up comic and has warmed up many top shows, including Good Morning America, The Drew Barrymore Show, The Rachael Ray Show, The Big Fib, and more.  She’s blogged for The Huffington Post and spent a year as head copywriter at the NFL. She not only devoted one year of her life to writing about football but also accumulated an enormous amount of football swag. Game Show writing is also a passion of hers, and she wrote for several, including The NEW Newlywed Game and several "super-secret" projects. As a comedian, she has proudly performed in benefit shows for Camp Looking Glass, A Night For Dottie, A Night of Giving for Puerto Rico, and pollution awareness, to name a few. She has been featured in The New York Times, Time Out New York, Reader’s Digest, Broadway World, Splitsider, Vulture, New York Women in Communications, and more. Katina is proud of her one-person show, Funky Cold Katina, because it explores the world of mediums and the afterlife. Her first comedy album, “Hot Date,” debuted at #1 on the iTunes comedy chart.  Her second comedy album, Less Bitter, More Glitter, with comedian Kendra Cunningham rose to #2 in the country.  She is most proud of her pandemic passion project, publishing her first children’s book titled Katina von Silly!

Email has been submitted.